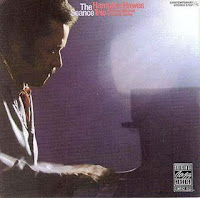 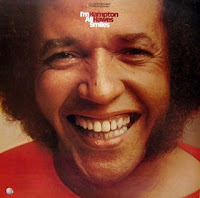 This pair of lps is not terribly rare but I had them loaded up and i thought why not share, maybe someone will be unfamiliar with this fellow.

Hawes was a veteran of the west coast scene when he was railroaded after selling a bit of smack to a federal agent in the early 60s. Not to defend what he did, but he received double the maximum penalty that can only be attributed to the social conditions at the time. These records were made shortly after he left rehab after a pardon by president Kennedy.
He had by this time returned to form and was swinging in this new trio, consisting of an old friend and a new sensation.

These records were recorded over a period of two nights at Mitchells Studio Club in LA on April 30 & May 1, 1966.

Hampton Hawes Trio
The Seance
1. The Seance
2. Oleo
3. Easy Street
4. Suddenly I Thought Of You
5. For Heaven's Sake
6. My Romance

Got them both; but good to see you're spreading the word...

Nice intro. I know and like "this guy", but didn't have the second of these items - thx!