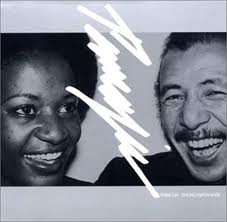 Coleman Hawkins - The Hawk And The Hunter 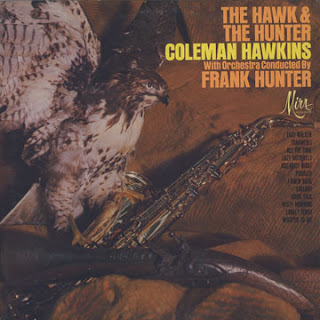 I'll be honest. I don't often enjoy strings with my jazz.Well instrumentalists anyway. Even with singers I am a tad wishy-washy. It's like that thick icing on birthday cakes, all show but so cloyingly sweet it can only be ingested in small amounts. Save the strings for soundtracks is my general philosophy.
But then again, when a giant of the idiom and a personal favorite thinks it's a good idea, I have to give it a listen. A fair listen.
As any follower of this blog will note, I am a big Hawkins fan and besides just laying over some strings, he brought along a rhythm section for this recording. Well, actually two, and one of them sports one of my favorite pianists as well, Hank Jones.
Despite the fact that the strings do indeed get a bit saccharine at times I still kinda dig this lp.It's very reminscent of those Moodsville lps. Hawkins shines through especially on the self penned tunes. Unfortunately this version of Brahm's Lullaby makes me long for a version without strings. That would have been some ballad. 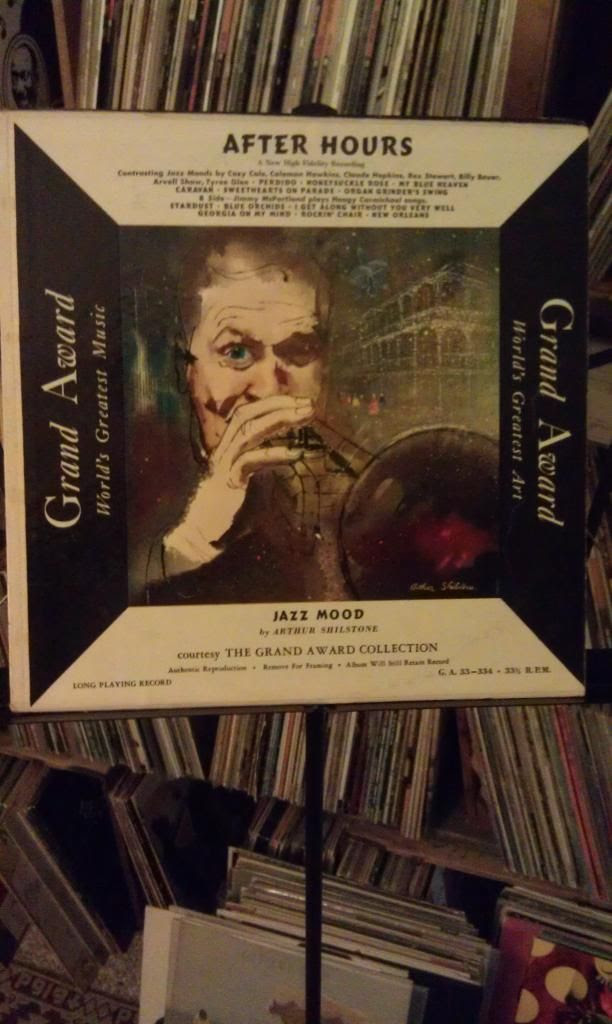 As much as I love jazz and the directions it is going, some nights I love looking back. This is one of those nights.

I have a few of these Grand Award lps. What a weird way of selling records. The encouragement of peeling off the cover and framing it seems a bit out there to me. None the less they produced some decent records with cool covers. Someone can come along and tell us if these sessions were originals or not.

Side 1 sports a fine cast with Hawkins standing out. I just dig his lyricism on these tunes. Side 2 doesn't swing as hard but it covers Hoagy Carmichael in no less of a deft manor.