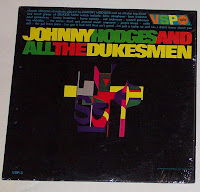 A lovely record - did Johnny Hodges ever make a bad one? - never!!. Many thanks.

Hi, Hookfinger, wandering in my iGoogle I found the post, so I came here to download it, thank you very much.

I told you I would get this up for you Jose. Nice to see both of ya here. Enjoy!!

Yessir, I remember, I listen it and is wonderful, now I'm making something like the back cover for the jewell case, cheers !