Jazz Classics In Stereo - an Introduction 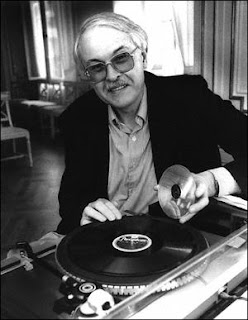 Robert Parker was an Australian sound engineer who was passionate about early jazz. He also pissed alot of folk off with his technique for "cleaning up" these old 78's.
He explains his reasons for this at the beginning of this recording, the first in a series of 18 broadcast in the early 90's if I recall correctly.
These are the Jazz Classics In Stereo shows not to be confused with the later "digital stereo" series of shows and discs. These, as far as I know never made disc format.

This first one is aptly titled "Introduction to Jazz Classics". I'm gonna offer up a few of my favorites shows. Each show will be only 1 or 2 tracks without breaks.

As far as these recordings...well I probably would never have heard a lot of  them at all but for these shows so I'm not about to complain.

Posted by Hookfinger at 8:27 PM

Many Many thanks F5.

I remember these programs well. The letters page in Jazz Journal International was full for months with views both for and against Robert Parkers ''Sound''. I think the records sound excellent.

I don't remember them BB, but I do dig em. And I like the sound.