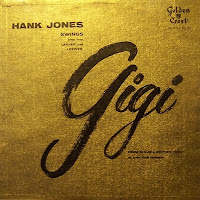 All last selections are real gems!
Thank you very much for the big pleasure I had!

I've long been a fan of Hank Jones - thanks for this rarity!

So happy to find this album.
Thank a lot!

Thanks for posting this. But every track is mislabeled!

Could be Tom. If you frequent here you would realize that this is not my forte. Tack listing on the post should be correct.