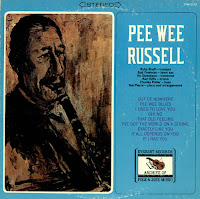 I was gonna do a clarinet week, this was to be the first offering. I plan to do lots of things. Sometimes things don't work out as planned. You should still give an ear to this lp. An Everest recording, there is little info to be gleaned from the sleeve.

I remember a time when I would have viewed this music as "simple". I could not have been farther off base and I am so glad I came to appreciate the long history of jazz.

1. Out of Nowhere
2. Pee Wee Blues
3. I Used To Love You
4. Oh! No!
5. That Old Feeling
6. I've Got The World On A String
7. Exactly Like You
8. It All Depends On You
9. If I Had You
Pee Wee Russell - clarinet
Ruby Braff - trumpet
Bud Freeman - tenor sax
Vic Dickenson - trombone
Karl Kiffe - drums
Charles Potter - bass
Nat Pierce - piano and arrangements 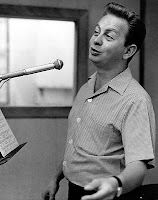 These recordings could not sound better on this stifling summer evening.
These sides are from radio transcriptions recorded in the late 40's, the formative years in Torme's career. These are nothing more than a fascinating bit of nostalgia.

This no additional info provided with the lp, which was reissued in 1978 on Glendale records.

I keep threatening to post some vocal lps and hopefully I can get some more up here eventually.

1. Isn't It A Lovely Day
2. I Can't Get Started
3. Stranger In Town
4. When It's Sleepy Time Down South
5. I Cover The Waterfront
6. Country Boy
7. How Are Things In Glocca Morra
8. The Blues
9. April In Paris
10. How Long Has This Been Going On?
11. Cottage For Sale
12. Gone With The Wind
material licensed from the C. P. MacGregor library 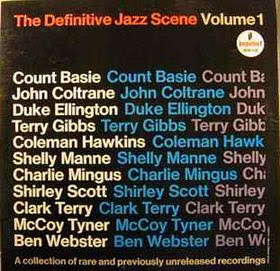